How did a decade of motherhood go by that quickly?  If only the line at HEB would move as swiftly.

At exactly 4:56am ten years ago, Scott and I became parents for the first time.  That just doesn’t seem possible, you know, considering that we don’t look a day over 25.

There are seriously so many things to love about Will.  I’ll do my best to fit it into a neat and tidy top ten.  Here goes…

TOP TEN:  THINGS I LOVE ABOUT MY BIGGEST BIG

1.  He is so sensitive.  Nearly four years ago, Scott and the oldest four were in a horrible car accident.  I think it was before the blog’s time, so I’ll give you a quick recap.  Scott had the day off and we planned a great family day—that is, until three other cars and an 18-wheeler rock truck reminded us that life is short. We’d need a diagram to explain it, but Scott and the four kids were struck by a car, who was hit by an 18-wheeler. The police officer on duty kept shaking his head, saying he couldn’t believe everyone walked away with just bruises.  Just after impact, Will jumped out of the carseat and ran straight to Clare’s carseat to check on her.  I love that he puts others first.

2.  He is so thoughtful.  Will always has a million questions and they are usually never easy to answer.  I mean, we’ve talked about childbirth, Hooters, divorce, death and abortion here recently.  It is amazing to me how my little boy is turning into a young man with each conversation.

3.  He is a peacekeeper.  Perhaps it’s because he has clocked MANY an hour refereeing fights around here.  Whatever the motive, he is a boy whom all his classmates admire.  That makes me very proud.

4.  He is loving.  Just last weekend, he was down at a friend’s house shooting hoops.  I was heading to the greenhouse to pick up a few more flowers, when I stopped and told him I’d be right back.  Without a second’s hesitation, he stopped, ran over to the car and gave me a big kiss.  In front of all his buddies.  As a mom recently shared with me, “Don’t ever forget that memory.  Hold on to that one.”  Trust me, Suzanne, I already have that one banked in my reserve.

5.  He is a reader.  My favorite story about his love for reading was finding him in his closet, sound asleep, with the light on and a book about the saints in his hands.  I mean, really.  How can you get mad at that sweet scene?

6.  He is a perfectionist.  Poor thing, that’s totally genetic.  He has his books in a certain order, his shirts hung correctly in his closet and his backpack organized.  Yet, this is also the kid who forgets to change his underwear everyday.

7.  He loves sports.  Especially the Colts and the Aggies.  He cries everytime they lose.  That’s a lot of tears, folks.  He studies the game and knows all the rules, all the players names and all the plays.  I think Scott has finally found his partner in sports crime.  Thank goodness, because I was doing a really poor job.

8.  His laugh.  When he gets really tickled, that is the best sound ever.  Even better than baby giggles.

9.  His love for legos, Harry Potter, Wii, playing outside with his friends and sneaking candy.  Just last week I found some wrappers in his socks, to which he replied, “Man, Mom, you know ALL my secrets.”  Yep.

10.  His quirks, his bad habits and his love for his siblings.  Really, I love all things Will.  Even the ones that drive me to drink that cabernet.  I told Scott the other day that I’m going to be really bad in the “letting go” department.  For now, we’re just trying to squeeze every moment out of childhood that he will let us.

Some of my most favorite Will quotes:

“I want to be an altar server every weekend.”  When we asked him why (you know, because we were feeling all superior that we had done a really good job in the Catholic upbringing department), he replied, “Because it’s quiet.  I don’t have to mess with all my brothers and sisters.”

“When I am President someday, I will shut down all the Hooters.”

“That dinner was lip smacking.”

And, a few of my favorite Will photos… you knew I wouldn’t let you leave without seeing some of this, didn’t ya?  Ok,maybe more than a *few*.  Guess I should’ve made a video.  I’ll get right on that. 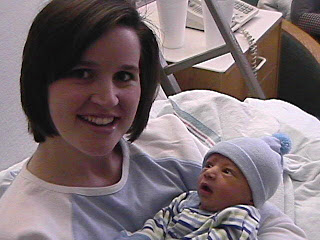 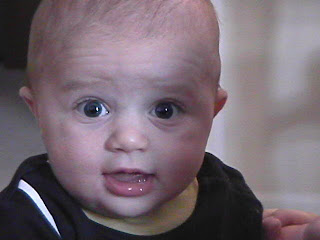 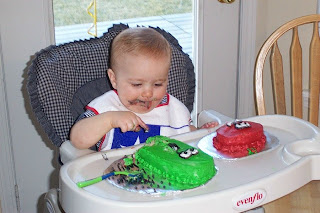 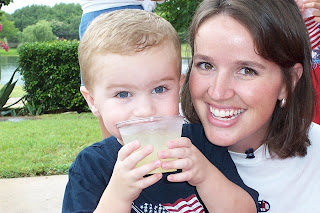 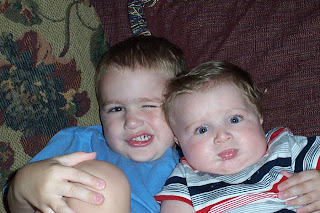 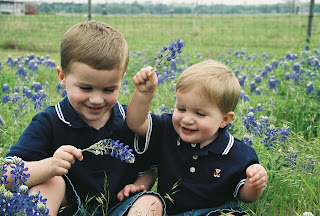 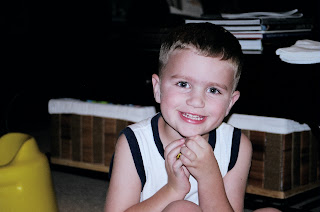 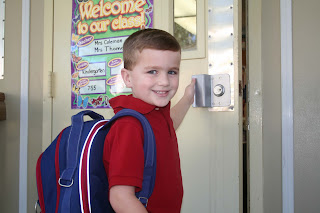 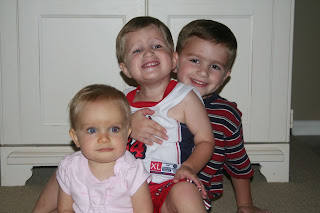 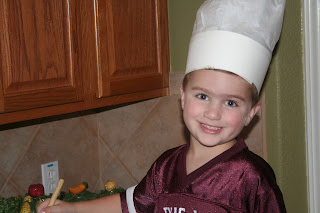 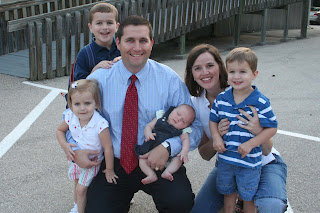 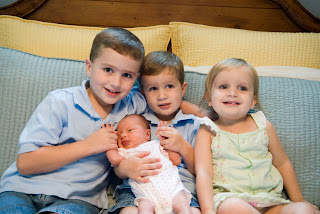 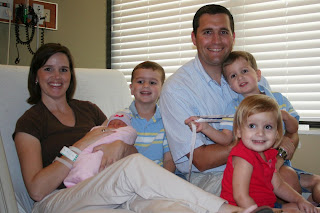 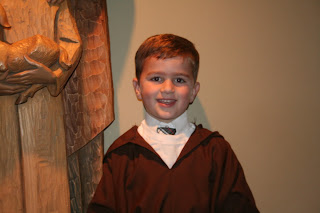 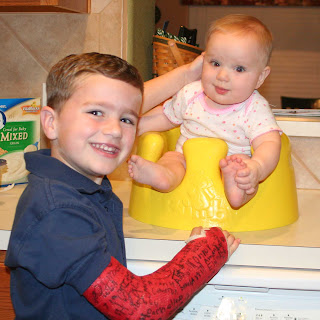 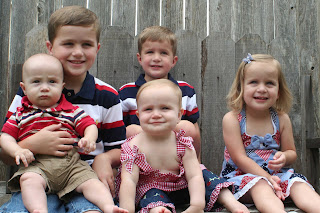 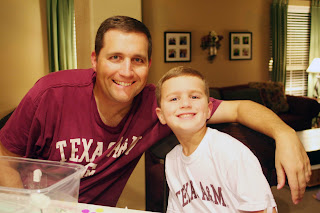 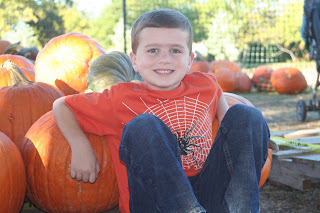 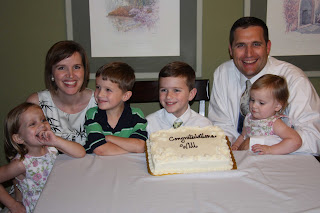 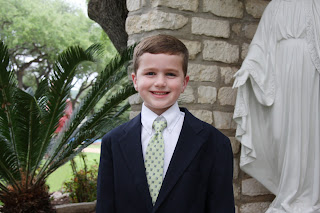 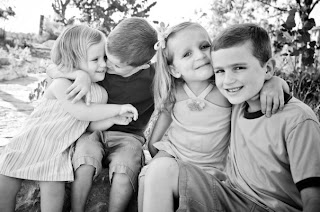 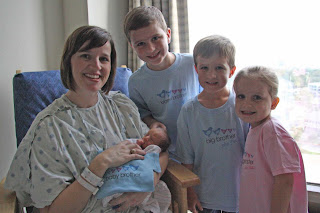 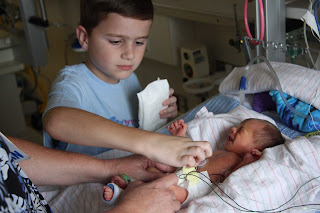 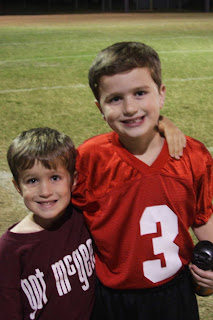 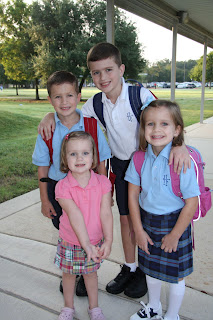 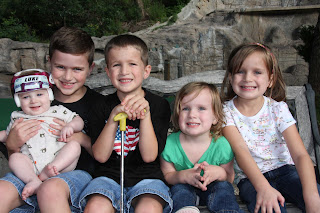 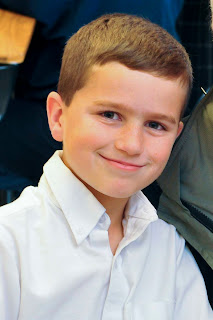 Happy birthday, Will.  I never knew it was possible to love your Dad more, that life could get any sweeter, that I could so instantly fall in love with another human being…until you arrived.  Welcome to double digits!