Of course the Aggies and Cyclones are playing good ball, but so are my Raiders and Tar Heels.  We’re back in the Upward league again this spring.  Scott elected to coach Will’s team and I think he might be having even more fun than they are!

The boys had a great season opener last week.  John Paul’s team is handily cleaning house, although at the end of every game I hear most of the boys say, “So, did we win?”  They were having too much fun to notice the score!  Proof that it really is all about having fun. 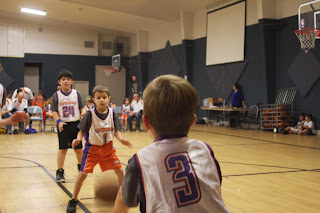 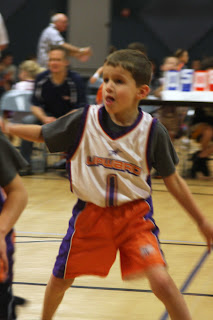 Will’s team played the best one in the league and they held their own.  It may not have been in the “W” column, but they are coming together.  And, as fate would have it, all the kids on both the boys’ teams are Catholic and attend Catholic school here in Austin.  I still think that’s funny.  We’re playing in a Baptist-sponsored league and the coaches and kids on both teams are all Catholic. 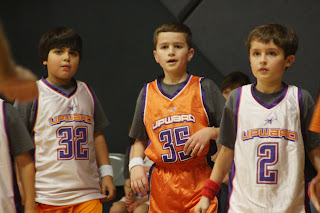 If you’ve never played Upward, I highly encourage it. It’s a faith-based league with fair playing rules and a short 5-minute devotional during practice. They pray before the game starts, too. It’s just a healthy, fun atmosphere. Yes, there’s competition, but no parents are getting thrown off the court. That’s refreshing.
Hopefully, I’ll get some better action photos up as the season progresses.  Still learning that feature on the camera 🙂